You can tell it was a bad one when I haven’t run here to write all about it, ha!

I shouldn’t complain though. Saturday was raining all day long. So Sunday was relatively a very nice day. Sunny and chill but not cold. The only problem was the 40mph wind! I’ve read from 19 to 50, so let’s give it a 40. But no kidding it was strong enough to mess up with you.

Thanks to metro I guess, I didn’t have to wake up too early. Metro was opening at 7am and my start time was 8:48 according to the race email I received. So I had plenty of time to get to the start line. It worked out just fine. I made it to the start line with time to spare.

I was so slow! Don’t know why I was struggling so hard. My legs felt heavy and even though I finished and I didn’t walk much I was literally in the back of the pack. I barely made it to the finish line before they closed it. But surprisingly this was not my worst time for the Army Ten Miler, so I don’t know why I was so behind. Maybe they adjusted the starting time to accommodate the metro opening late, but not the total time of the course? 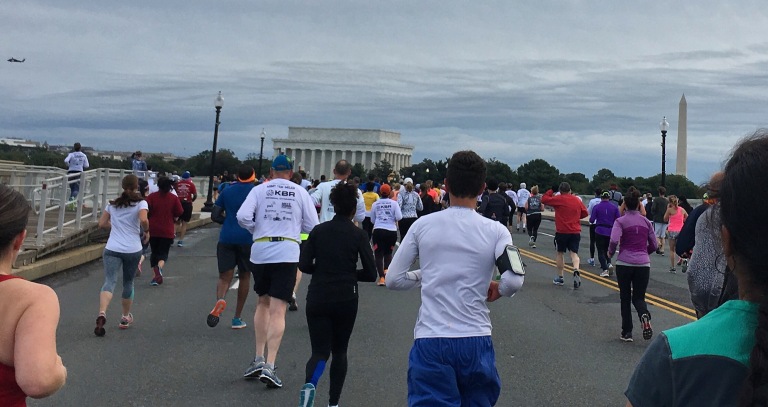 But I finished! So that is what matters!

One of the things I love about this race is the spectator support, but between being so behind and the wind factor I barely saw any people cheering on us. Bummer!<edit> had to come back to correct myself because the awesome peeps from November Project were there till the very end, as awesome as always!

But I was happy with my finish. I said to myself, let’s pretend I have 3 more miles to go so I’m going to push this mile Ten. If this was a longer run mile Ten will be just another mile. So I pushed it and my last mile was my best mile of the 10. The wind was not making it easier. Of course it had to push against you right before reaching the finish line!

So as bummed out as I was to finish when everything was being packed. I was exited to see that I’ve done worst LOL – baby steps on my improvement but it is happening! 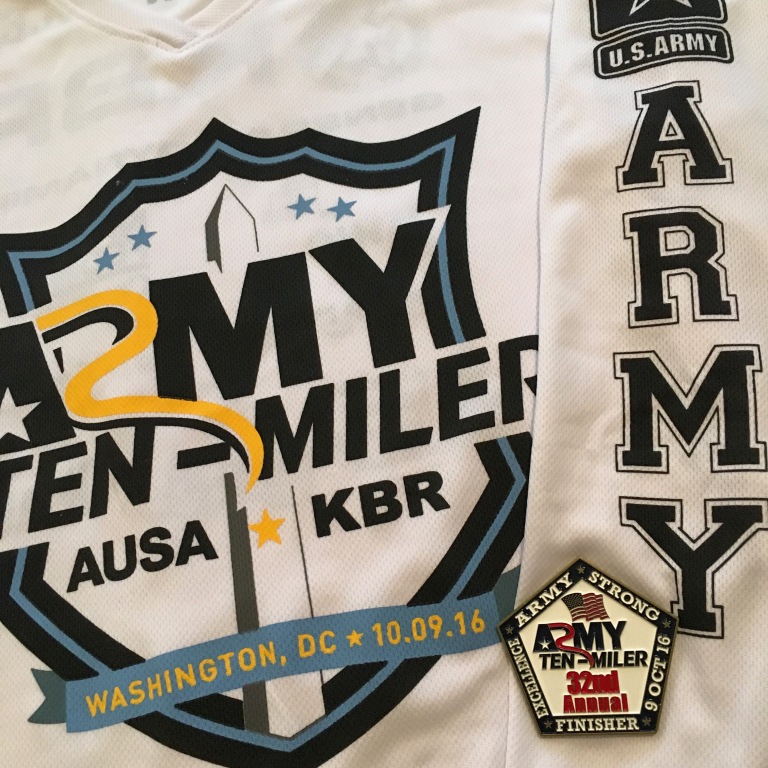